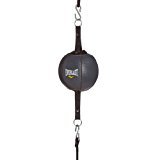 Double ended striking bag designed for focused strikesWarranty: Everlast warrants its products to be free from defects in materials and workmanship for a period of 120 days from date of purchase, provided they have not been subjected to obvious abuse, neglect or misuse. Everlast's sole liability is limited to repairing or replacing products that are returned within this 120-day period, unless specific product literature specifies otherwise. Please contact customer service for full details, and f 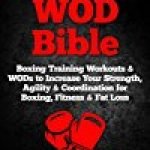